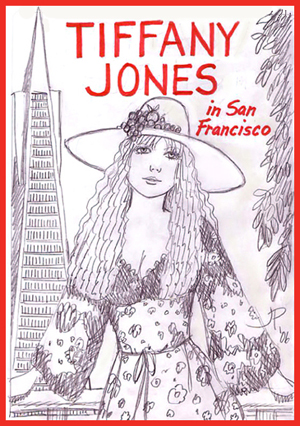 Back in the 1960’s/1970’s I collected a lot of daily & Sunday comic strips, one of which was the daily TIFFANY JONES that ran in the San Francisco Chronicle…. 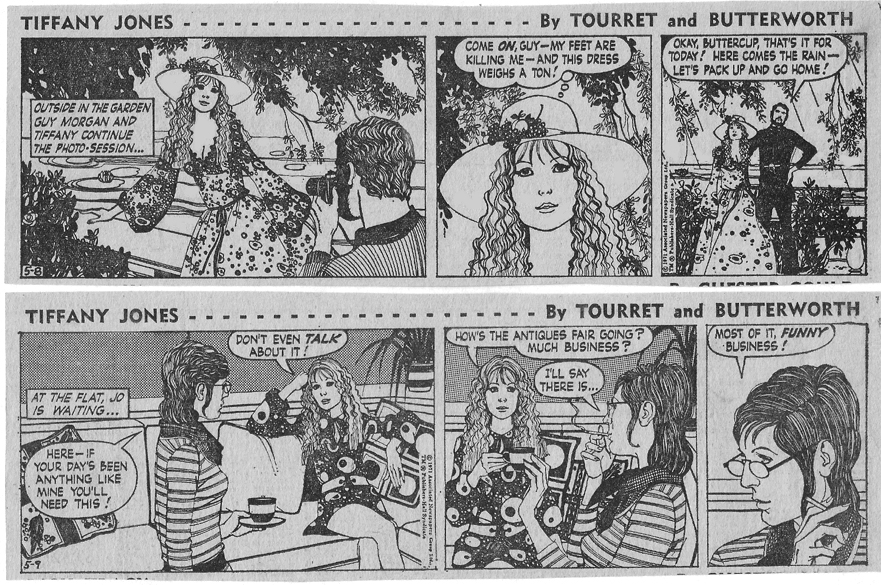 The strip was extremely well illustrated by Pat Tourret! 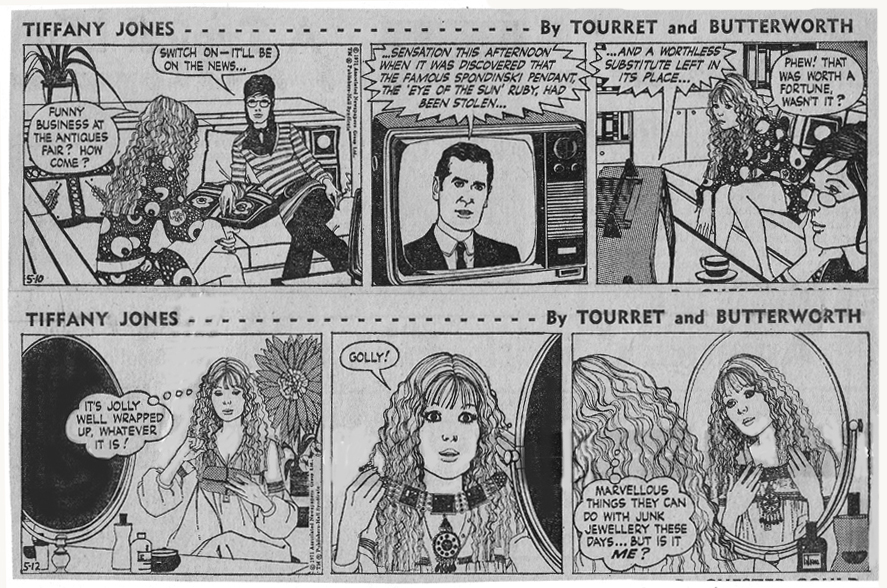 This strip has never been collected and published as a book in English, so I have decided to put together a DVD disc of all the Pat Tourret/ TIFFANY JONES material that I can locate!

My disc contains 1900+ of the strips (most in English, filler strips in French & Italian), and several examples of Pat Tourret’s illustrated children’s books that she did after TIFFANY JONES ended… 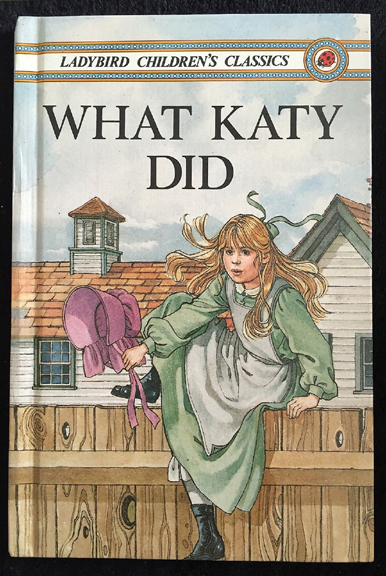 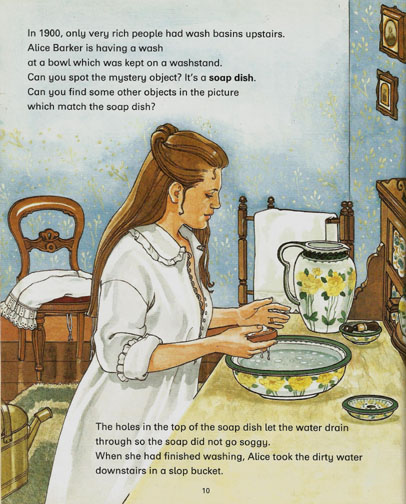 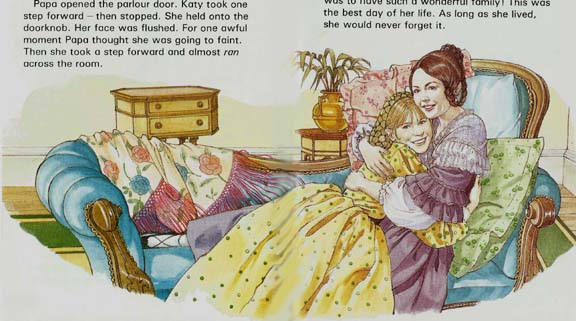 If anyone wishes to get a copy of this DVD ($7 plus $4 postage in the U.S., or add an extra $11 for postage to Europe), please contact me through this website.

I have added a new way to share these strips — they are available through MEGA.NZ and can be downloaded over the Internet!  Just pay the $7 for them — no mailing of a DVD….

An Italian website posted this newspaper photo of Pat Tourret and Jenny Butterworth: 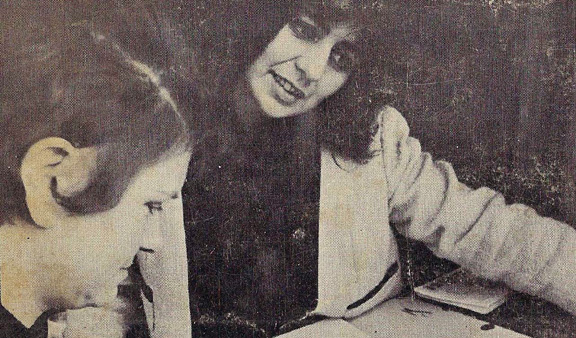 The translation of the article:

“Jenny Butterworth has been active as a comic strip writer since the ’50s: her comic book, Wulf the Briton, was designed by our Ruggero Giovannini. Her husband, Mike Butterworth, is also a writer of comics. Pat Tourret was active in the early 60s as an illustrator for children and for textbooks. She has two sisters, Gwen and Shirley, less known but also working in the world of comics and illustration.” … The texts appearing on “Paper Adventures” are all written by Ned (Nedeljko Bajalica) and may also be published elsewhere, with the recommendation to cite the source and the authors! The images are inserted here for the sole purpose of documentation and are © of those having rights.